A Loyalty Program for Good Times and Bad

A big Thank You to Annie Cox at PSCU, one of our valued clients, for this article published with NACUSO (National Association of Credit Union Service Organizations).  CTM Loyalty (formerly Montrose Travel Loyalty Solutions) is proud to serve as PSCU’s travel partner for their CURewards® loyalty program, and congratulations to PSCU for being named 2016’s “CUSO of the Year” by NACUSO.

By Annie Cox, VP, Loyalty Solutions, PSCU
PSCU prides itself on its loyalty program for Member-Owner credit unions. However, in the wake of recent natural disasters — specifically, Hurricane Maria and earthquakes in Mexico — program administrators used the Credit Union Service Organization’s credit card loyalty program to demonstrate the personal connection between credit unions and their members that distinguishes PSCU from other financial services providers. 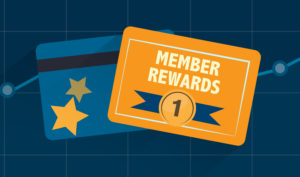 PSCU’s credit card program offers a number of reward-redemption options for cardholders. For those enrolled in PSCU’s CURewards®, one of the most popular choices is applying points from purchases to travel expenses, including flights, hotel rooms and car rentals. PSCU has partnered with Montrose Travel (now CTM Loyalty) for more than 20 years to administer this aspect of CURewards. As reports about devastating storms and earthquakes began to make headlines, Montrose Travel and PSCU began to realize that some of their credit union members might need “above and beyond” assistance.

After carefully searching its database for travelers already in the affected areas, or for those planning a visit in the near future, Montrose Travel proactively contacted those credit card holders to make sure they were safe, that they had a way to navigate potential difficulties and that they were able to get home. This was quite a task to carry out given there are 3.5 million accounts from 338 credit unions participating in the CURewards program alone.

According to Montrose Travel Loyalty Solutions, the company always strives to reach out to members that may be affected by natural or man-made disasters to make sure they are safe. Montrose Travel wants them to know they are not alone, even if they are far from home.

The care and concern demonstrated toward CURewards cardholders did not go unnoticed. Montrose Travel received calls and emails from numerous members saying how much they appreciated the unexpected help and support. Many of them were surprised the company took the time to reach out to them, but for Montrose Travel, it was just business as usual.

That “business as usual” mentality is a big reason PSCU continues to partner with Montrose Travel.

PSCU views itself as an extension of the credit unions it serves. This means everything the company does — every program and service it provides — is designed to strengthen the bond between Member-Owner credit unions and their members. In order to deliver on that promise, PSCU insists on partnering with third-party vendors that are also committed to the same vision. Montrose Travel has proven to be just such a partner.

At the end of the day, both PSCU and Montrose Travel are invisible to cardholders. All they will really remember is that some nice person from their credit union contacted them to make sure they were safe, which is exactly how it should be. It is “people helping people” at work. 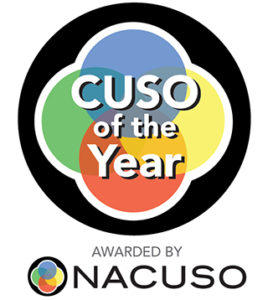 PSCU was named CUSO of the Year in 2016 by NACUSO and is a valued Platinum partner.